After several years serving as an operational firefighter and incident commander, in 2005 he helped establish the Fire Investigation Unit in Lothian and Borders Fire and Rescue Service. He is currently the longest serving full time Fire Investigation Officer in the Scottish Fire Service.

Sean has recently completed his Level 5 SFJ qualification which he utilises within a busy service area which responds to approximately 150 Fire Investigations per year, personally involved, on average, with one fatal fire per month.

Sean has given evidence as an expert witness in the High Court and Sheriff Court and is involved in the training for Crime Scene Managers (Police Scotland), Operational firefighters and recruits. Sean has also presented case studies to the Fire Board and Edinburgh Council and on several occasions to national Fire Service seminars and conferences.

Sean is committed to improving standards within fire investigation and continues to dedicate his career and help coordinate Fire Investigation in the Scottish Fire and Rescue Service. Sean is actively involved with workforce and resource planning, closely working with fire safety enforcement and the reduction of fire fatalities through the identification of trends and patterns. Sean has most recently been involved and establish a working group with fires associated with Lithium batteries. 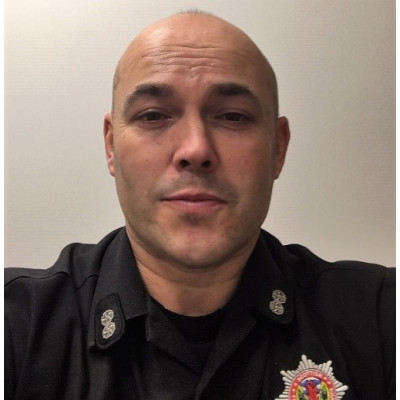