IMPORTANT Appointment to the role of Forensic Regulator

Sony is to offer free safety checks on several of its TV models after a number of sets started smoking.

The company warned that a component used in eight different versions of its Bravia televisions may be faulty and could, in rare cases, overheat.

However, it stopped short of issuing a full recall.

Instead Sony said that anyone who was concerned could request an engineer come to their home for free to inspect their TV.

The models affected are all LCDs, sold in Europe since June 2007.

Reports of overheating sets have so far all come from Japan.

The company said that the televisions were not at risk while they were switched off.

It warned owners to be aware of any unusual noises, smells or smoking coming from their Bravia.

Anyone noticing those symptoms should unplug the power cable and stop using the set immediately, said a Sony statement.

Details on how to find a set's model number were published on the company's website.
http://support.sony-europe.com/tvhc/hotnews/hotnews.aspx?site=odw_en_GB&... 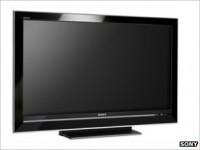