Lenovo is recalling ThinkPad Laptops because the lithium-ion batteries installed in them can overheat and may catch fire. There have been 10 reported incidents worldwide.

This recall affects 3-cell, 4-cell, 6-cell or 9-cell batteries installed in the affected Laptops, or sold separately. Lenovo has said that 37,400 of these were sold in the US and Canada but are unable to say how many were sold in the UK.

The Lenovo ThinkPad Laptops affected by this recall are:-

Identify If Your Battery Is Affected

You have 2 options to identify if your Laptop battery is affected:-

What Should You Do If You Have An Affected Lenovo ThinkPad?

If you have one of the affected Lenovo ThinkPad Laptops you should turn off the system, remove the battery, and only power your ThinkPad by plugging in the AC adapter and power cord.

You can check/register your Laptop battery for this recall using the instructions above. 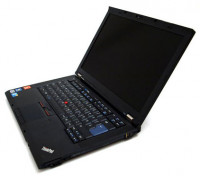