After graduating with a Bachelors degree in Medical Biochemistry and a Masters degree in Biomolecular Archaeology, Emma spent almost 9 years with the Forensic Science Service (FSS), carrying out work for the police services of England and Wales. Beginning in the DNA unit and later working in the toxicology and drugs departments, in 2005 she joined the Fire Investigation Unit. She progressed to Forensic Specialist with expertise in fire investigation and associated examinations and took responsibility for all types of cases in the unit including several which were high profile and complex.

As a founding Director of Prometheus Forensic Services Ltd Emma continues to work on all types of fire investigation cases. She has also provided expert evidence when instructed by defence and has examined electrical appliances to determine potential causes of fire as requested by insurers and owners.

She has experience in dealing with international police services including fire scene review cases and presenting evidence at court. Emma is experienced in the UKCJS legal process and has given evidence as an expert witness in Crown court, Coroner court and Magistrates court on many occasions.

Emma is a Member of the Chartered Society of Forensic Sciences. She has lectured at several universities including Kingston, Kent, Bedfordshire and Greenwich. In December 2014 Emma became an honorary lecturer at the University of Kent.

Emma has appeared on BBC television in several historical documentaries to comment on different potential causes of fire. 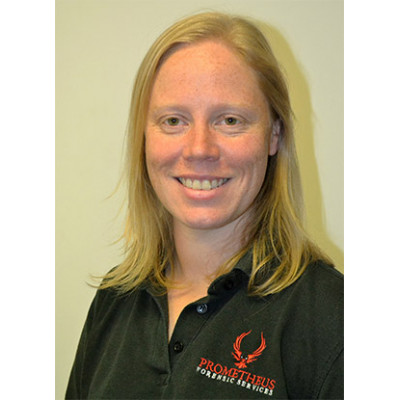